Shaking Up Tradition with a Truly Fun Word (FOUP)

Shaking Up Tradition with a Truly Fun Word (FOUP)

Beyond being one of the fun words in the semiconductor industry, the “FOUP,” front-opening-unified-pod, represented a radical change that has influenced the productivity of each fab and contributed to the capabilities our electronic devices today. At the inception of Moore’s Law in 1965, 30 mm (1.25”) diameter wafers were the standard. Leading up to the late 1990’s, seven generations of incremental increases would be introduced. At each point, manufacturing efficiencies and device performance opportunities existed to get “Moore” out of each wafer. Wafer storage and transport was primarily accomplished in open-air cassettes and pods, leaving wafers more susceptible to physical damage and contamination.

During the early days of the transition from 200 to 300 mm wafers, all aspects of wafer protection had escalated to critical concerns as chip complexity rose and fabs continued to seek process improvements. A small start-up proposed a new wafer handling approach and climbed the mountain of tasks with partners to introduce what is today the standard wafer transport solution around the world for 300 mm fabs (~120 and growing), the FOUP.

The story is best told by Gary Gallagher, senior director and “Father of the FOUP.” Much like other innovation stories, there were early adopters that proved instrumental in shaking up the traditional view from the top. There are also some twists along the way that make for another great story of how semiconductors continue to influence our lives because of the pioneers and partnerships that come with asking, “what if we ______?”. 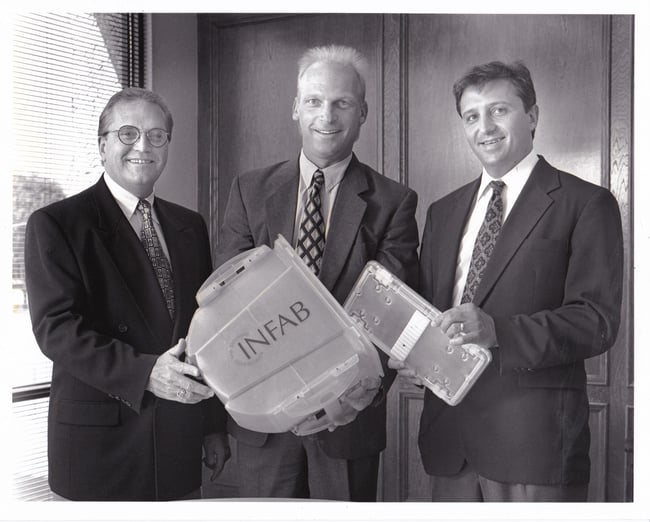 Figure 1. “Father of the FOUP,” Gary Gallagher (center), as part of the original pioneers responsible for revolutionizing wafer handling technology. 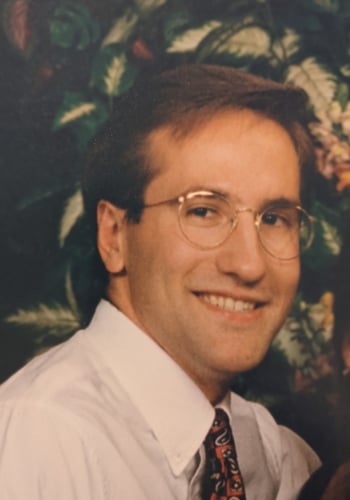 Learn more about how Entegris provides full container solutions to monitor, protect, transport, and deliver wafers from the front-end through to the back-end of the fab.

To wrap up the Year of the Tiger (2022), there are still lessons to be learned from the animal kingdom. A tiger out in the open roaming the savannah is at risk of injuries from predators, including human hunters. Wafers left out in the open in a fab are susceptible to damage that can cause dramatic yield drops. The larger the wafer diameter, the greater the risk.

From Penn State to Cold Storage Pioneer: Solving Life Sciences Problems Through a Pattern of Innovation

As the chief technologist for the Life Sciences Division at Trane Technologies, Scott Farrar knows a thing or two about ultra-low temperature control for the life sciences industry, perhaps drawing inspiration from his days at Penn State University enjoying peach ice cream. Scott’s biggest inspiration, however, was his entrepreneurial dad who started a solar equipment company, teaching Scott from a young age the importance of sciences, technology, engineering, and mathematics (STEM) education and solving problems. Scott carried those tools with him, and upon completing his formal education, went to work for a pharmaceutical manufacturing company in research and development, specializing in low-temp freezers and incubators as well as heat-momentum and mass-transfer-type processes for the pharmaceutical industry. His exposure to dilemmas and investigative approach is what drove him to create better customer experiences.